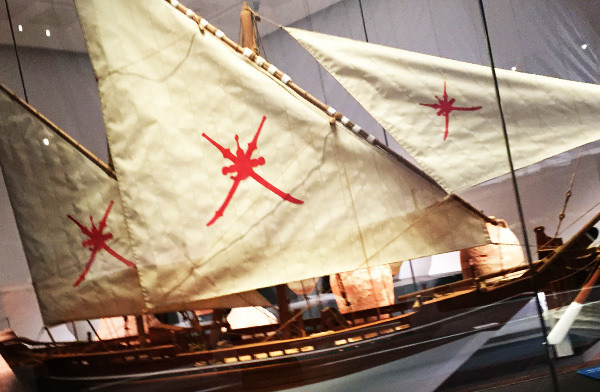 Even though I live in the Gulf, I’m always surprised by how diverse its typographies and cultures are. I recently visited the Sultanate of Oman with some girlfriends for a yoga retreat. It’s hard to believe that just beyond the border from Dubai’s high-rise glitz and artificial ski-slopes is another world that mesmerizes for the sheer fact that it even exists in the 21st century. Neighboring Oman has been quietly carving out its own share of Gulf glamour; one that is decidedly more eco-friendly (yet no less luxurious). Don’t expect a collection of gleaming skyscrapers designed by star architects. The only high-rises here are the razor sharp peaks of the monumental Hajar Mountains, which envelope the capital Muscat. While there we visited the national museum, explored the old souk and took in the 17th century forts that give the capital its unique character. We stayed at the Al Bustan Palace, considered the dowager empress of Oman hotels, it recently reopened after an extensive face-lift. Originally built to host the Arab Gulf Summit in 1985, it is set against a dramatic mountain backdrop in an area of 200 acres, which includes wonderfully laid out gardens with breathtaking views of the sea. 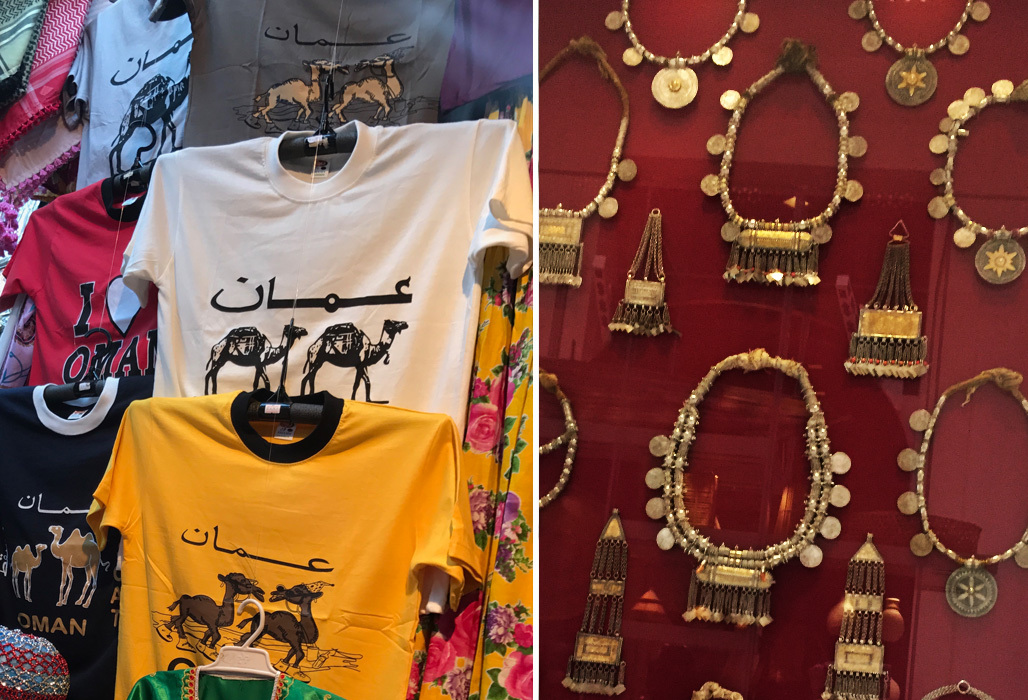 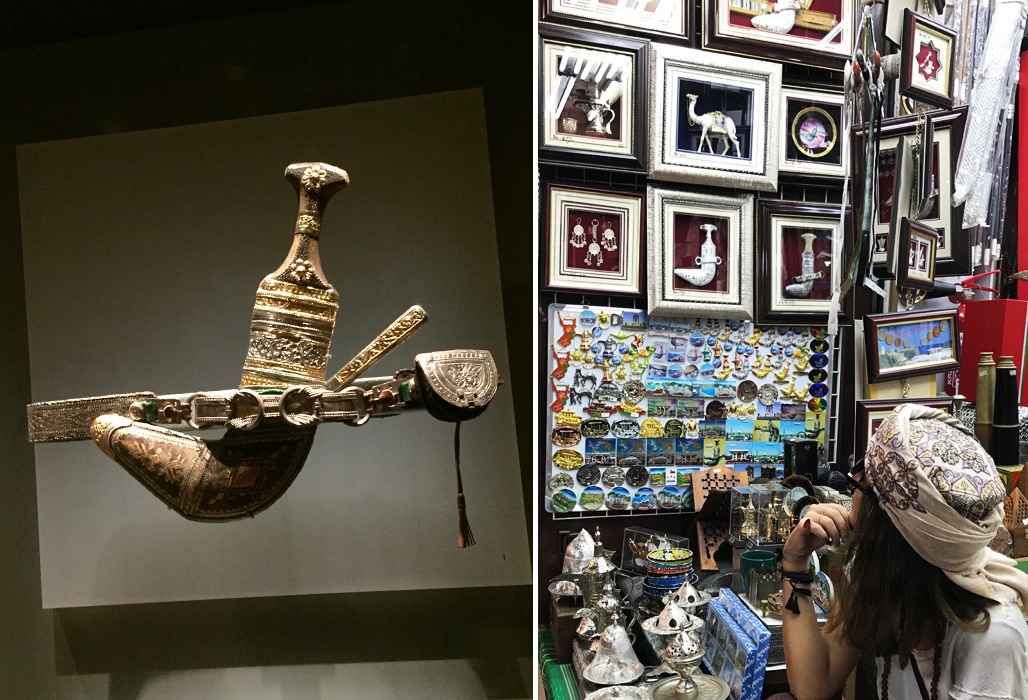 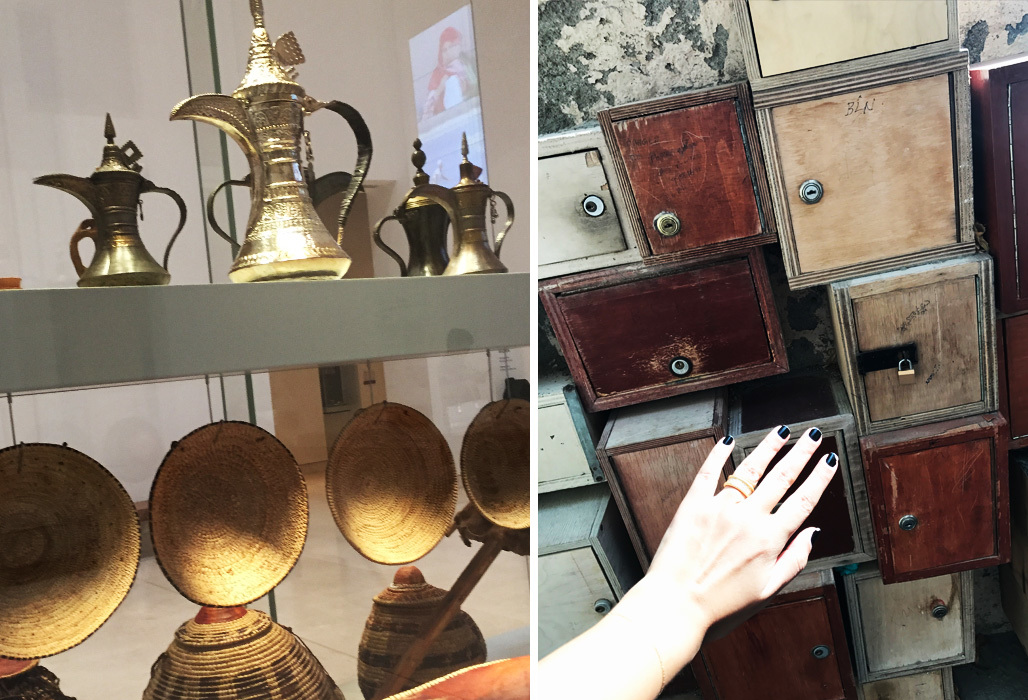 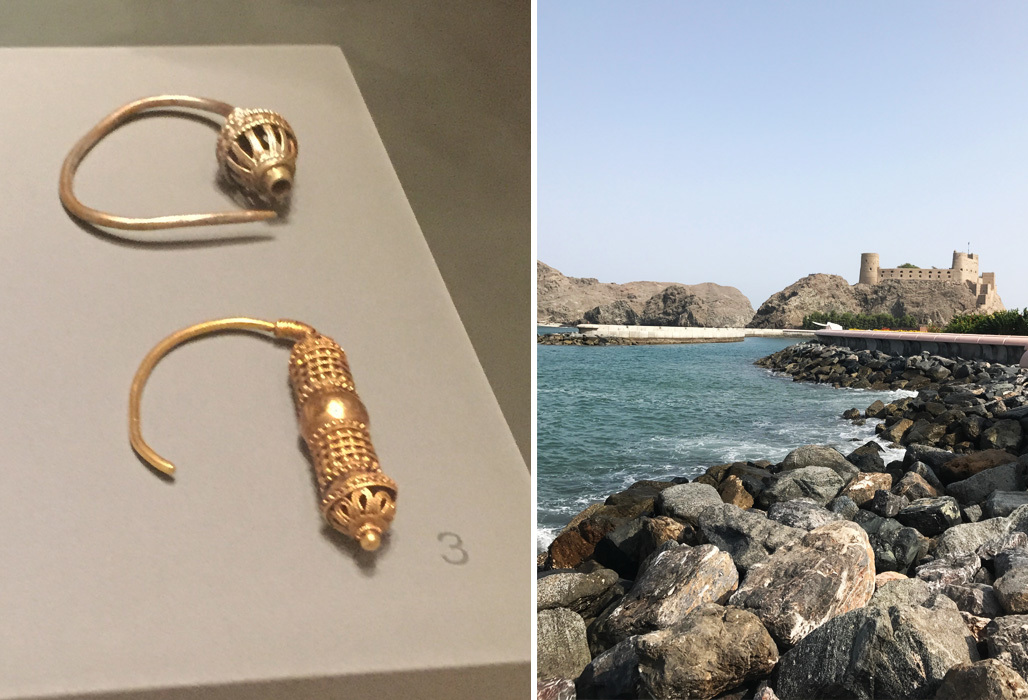 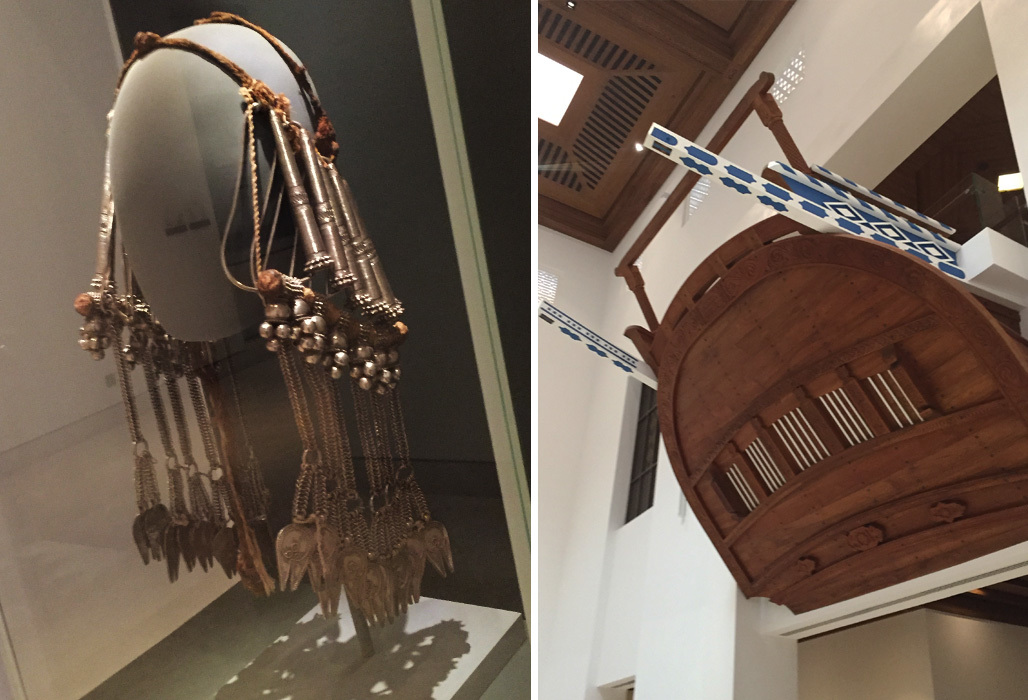 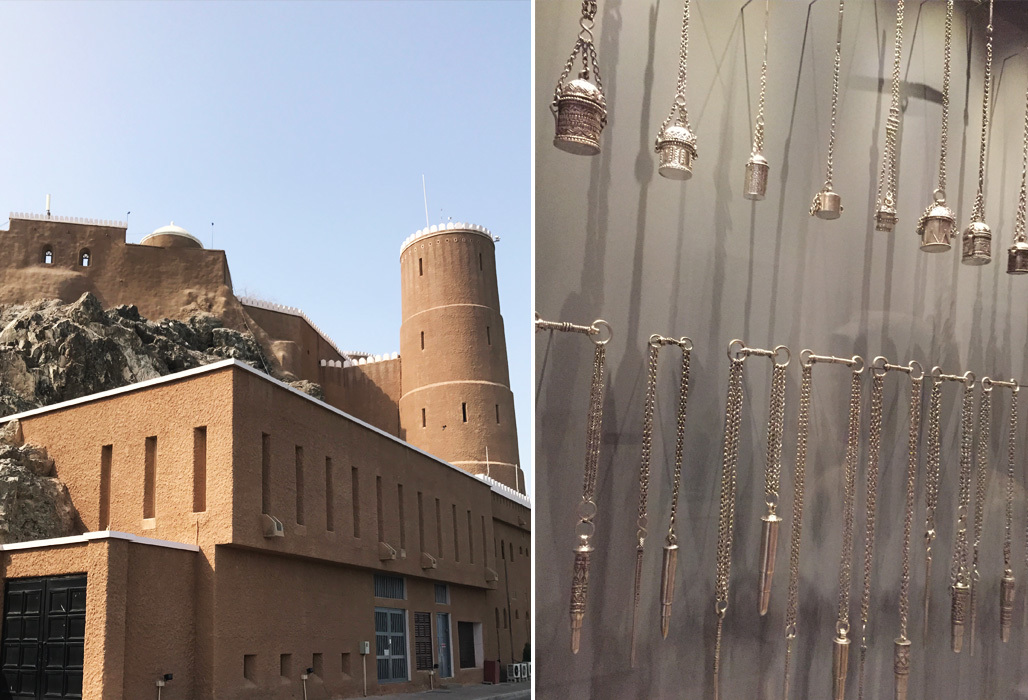 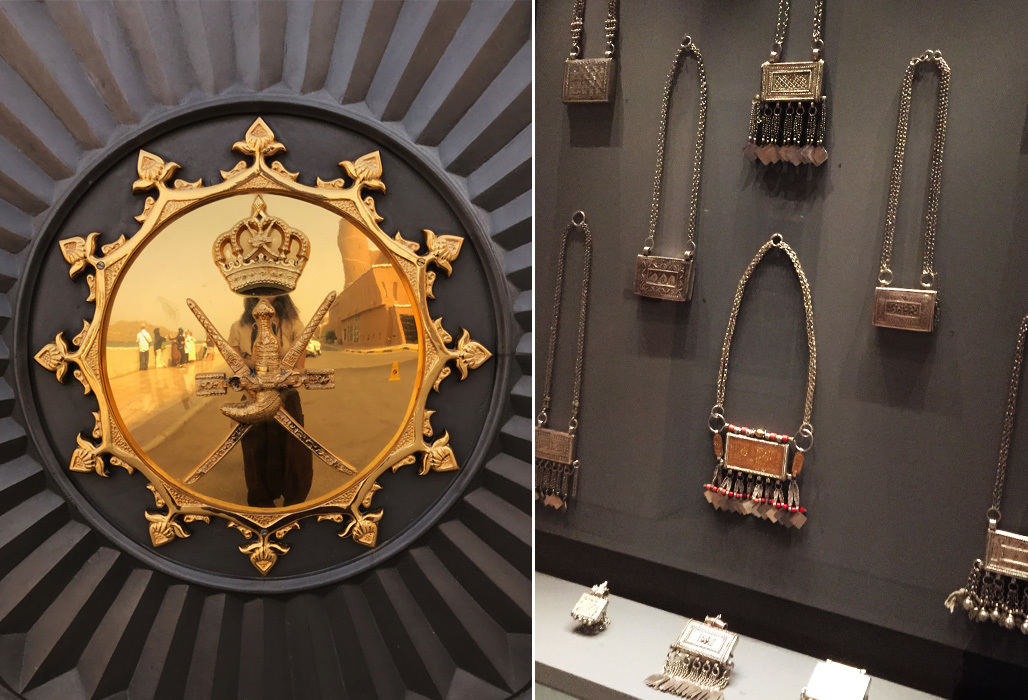 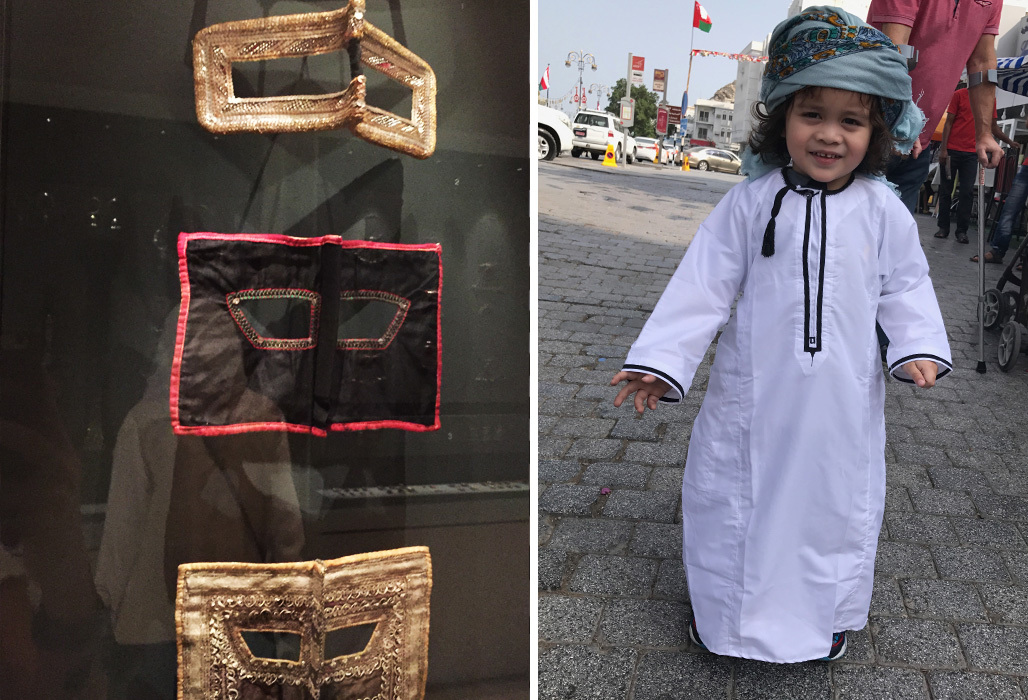 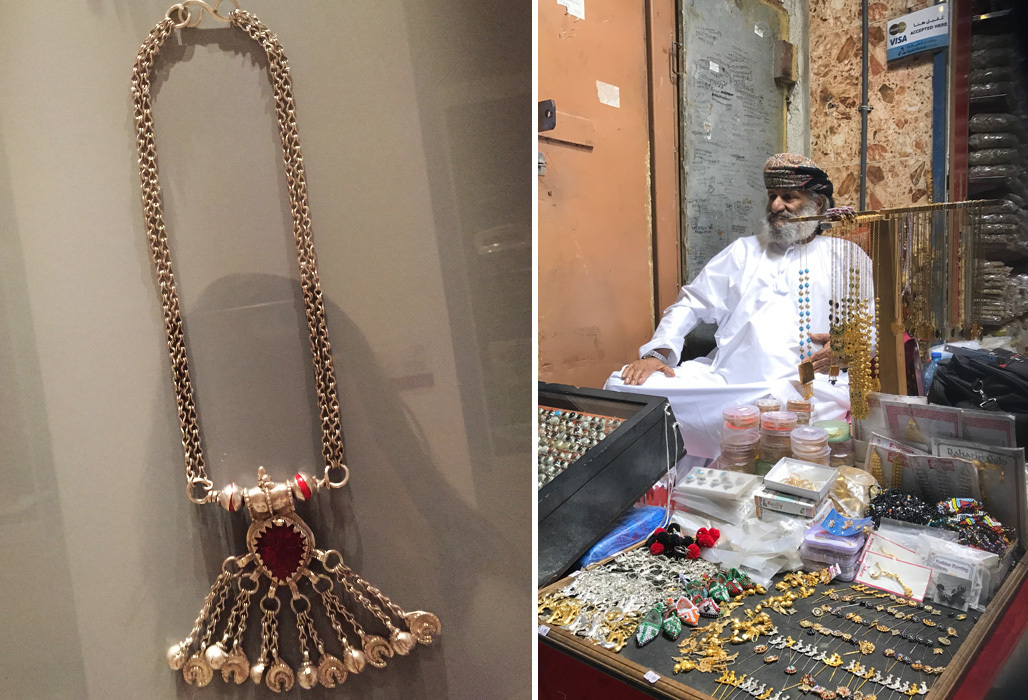 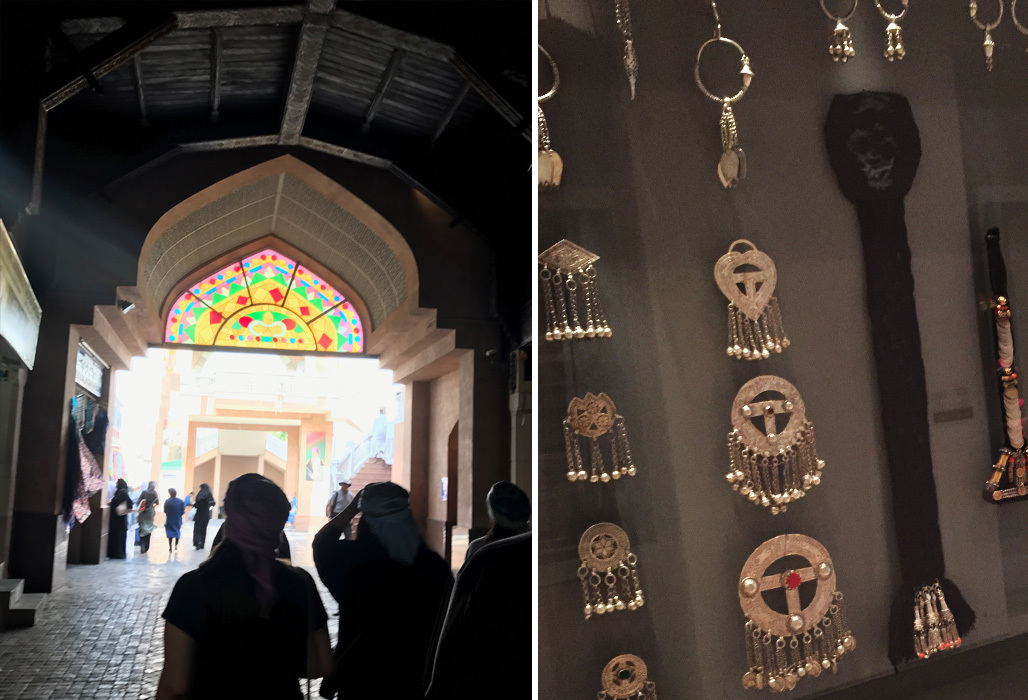 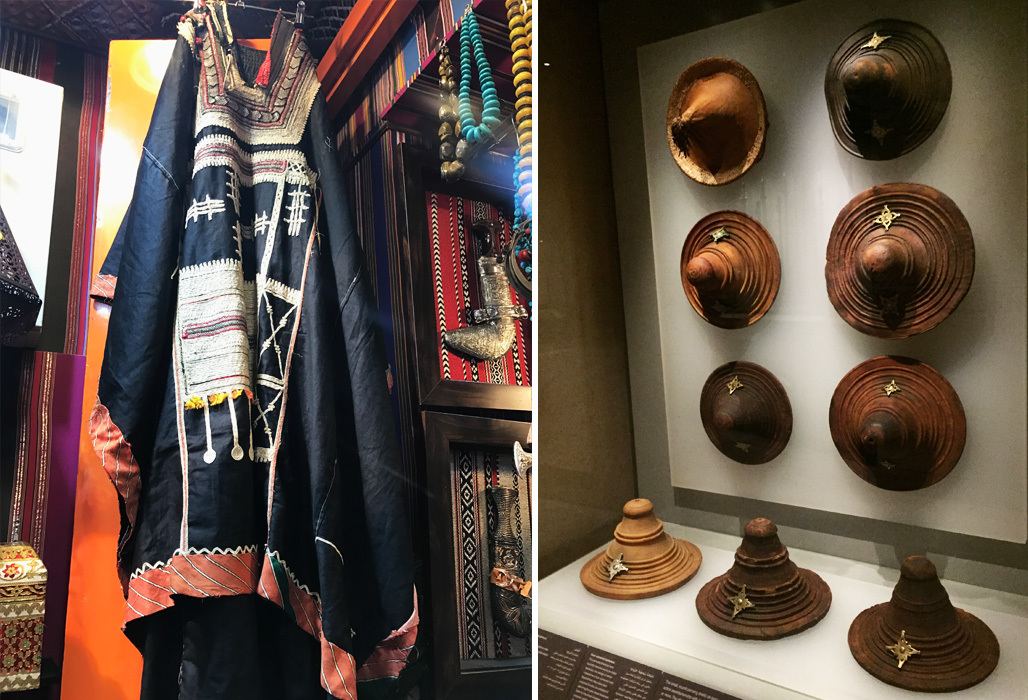 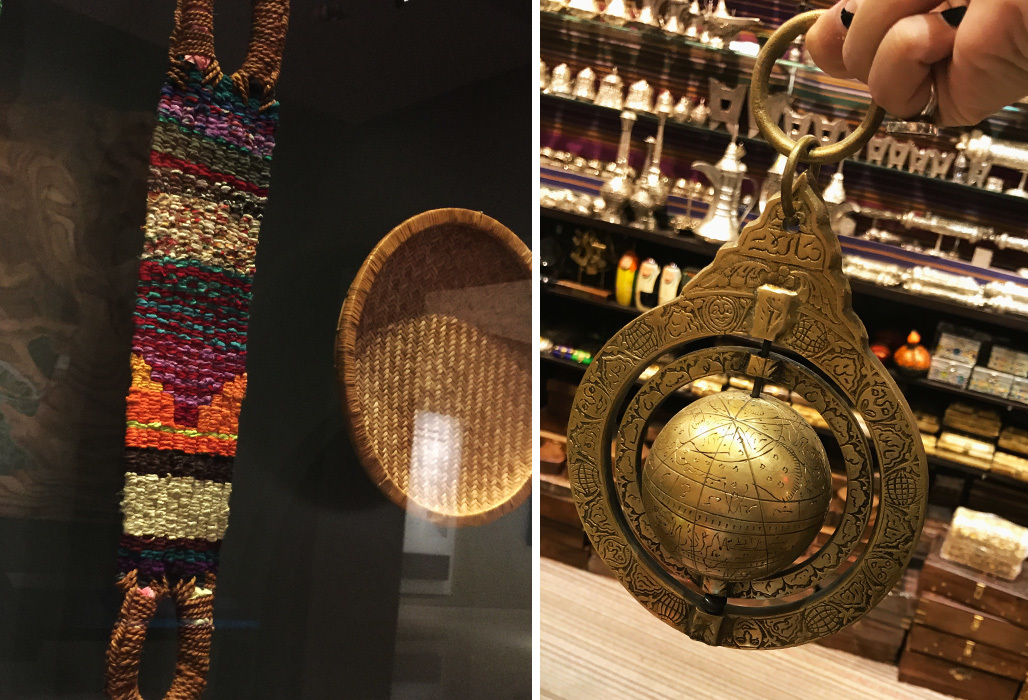 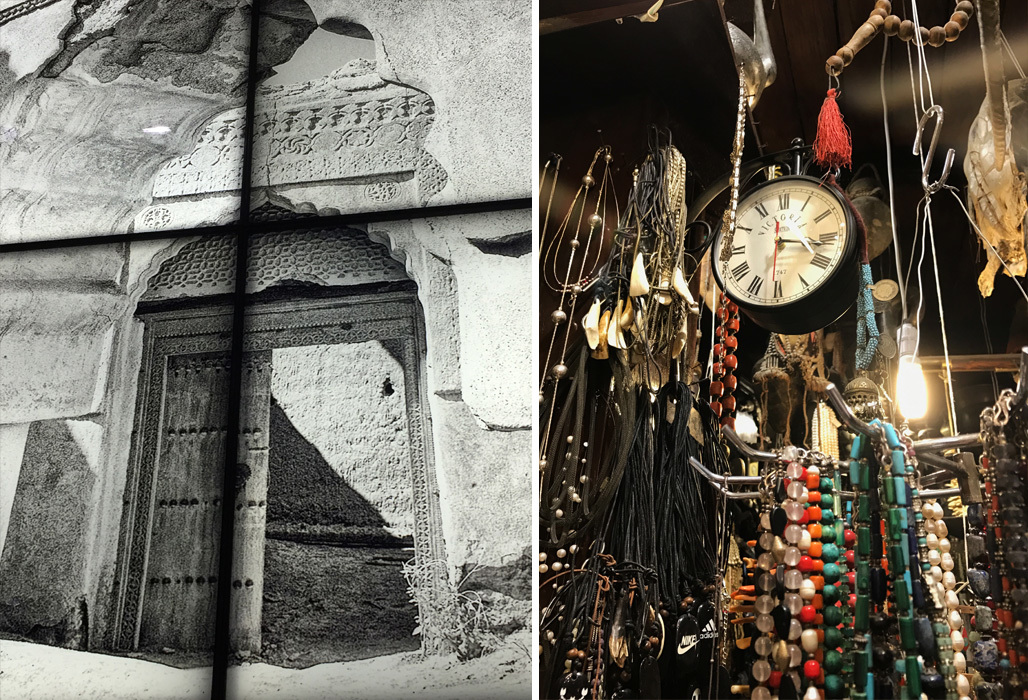 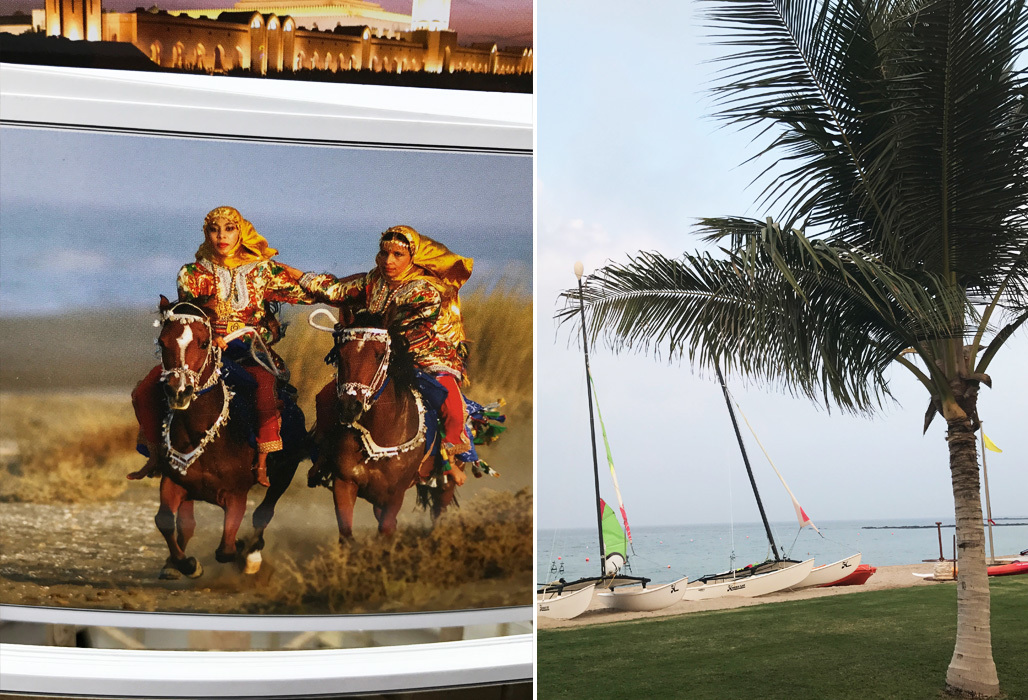 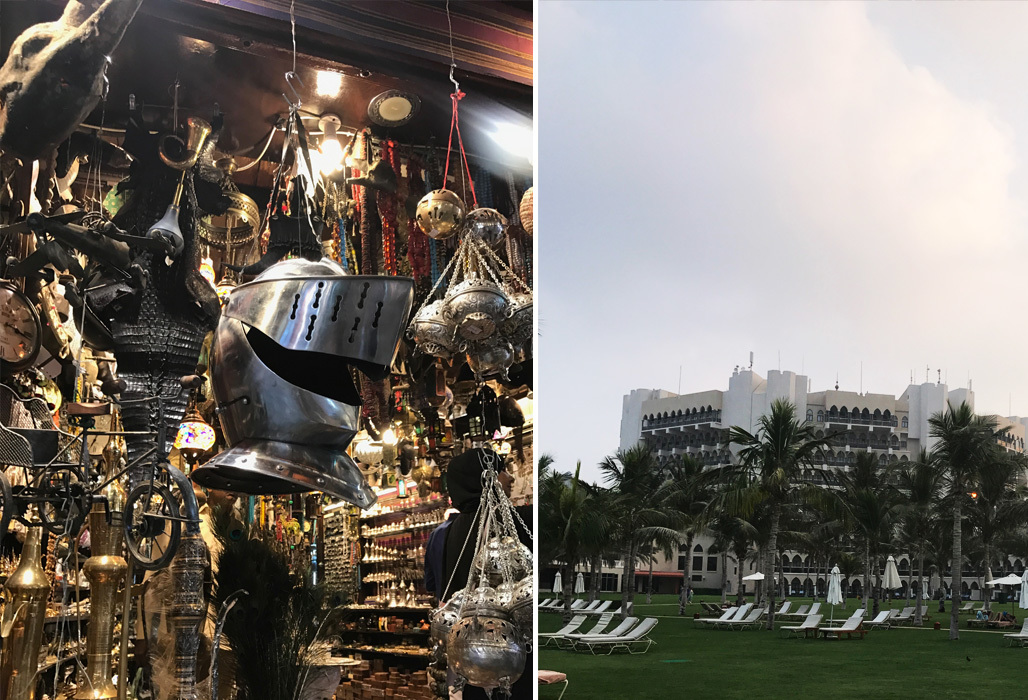